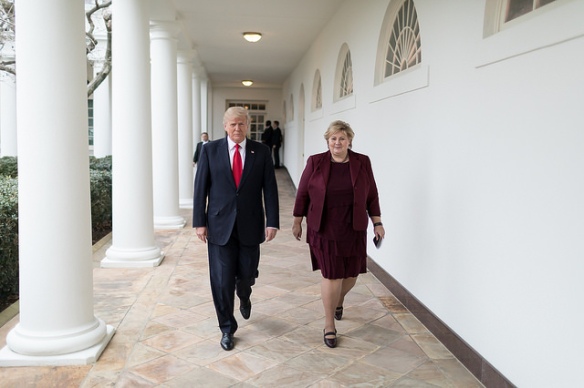 Not to get sucked into politics, but Trump’s alleged comments about immigrants from “Shithole countries” were apparently paired with comments about wishing that there were more Norwegians immigrating to the U.S.A.

In terms of a reality-check, there was a piece in the Atlantic that nicely covered why that isn’t likely to happen–(spoiler: Norway is one of the few countries in the world that consistently beats Canada (yes, and the U.S. too) on UN Development index, happiness rankings and other measures).  Still, I was curious to see what Norwegian people were saying about this chapter of current events— how would you even say “shithole country” in Norwegian?